Higashiyama is one of the 11 districts in which the city is divided. When it comes to tourism, Higashiyama refers, not only to the institutional district itself, but to the streets that go round the east mountains in Kyoto.

The most known area in Higashiyama goes from Kiyomizudera to Yasaka Shrine and the Maruyama Park. From there you can still follow some roads up to Chionin, Nanzenji and Ginkakuji, where it connects to the Philosopher’s Path.

These historical streets are kept the old way, and are surrounded by old wooden houses called Machi-ya and traditional shops. 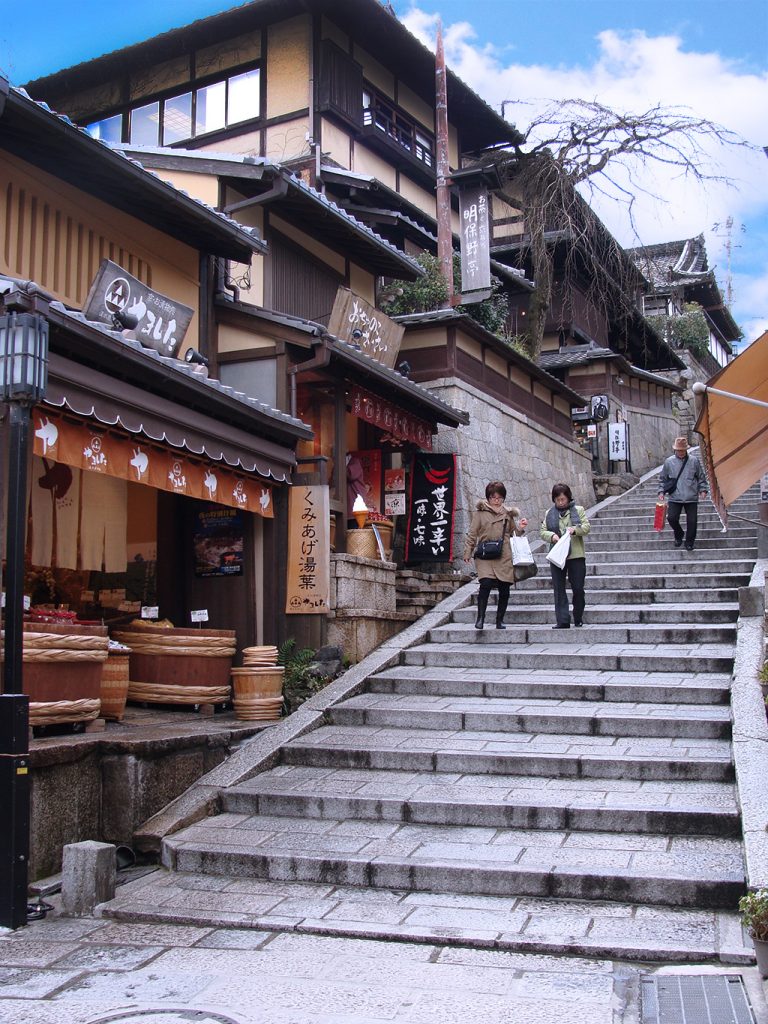 Even though, this is just the most known legend surrounding these streets. There are other stories that give different origins for the name of the streets. But as they are not that juicy as “You’ll die in 2 years if you fall down here”, they’ve been kept aside just for people with a bit more of historical interest. You can learn a little more about it in their website. 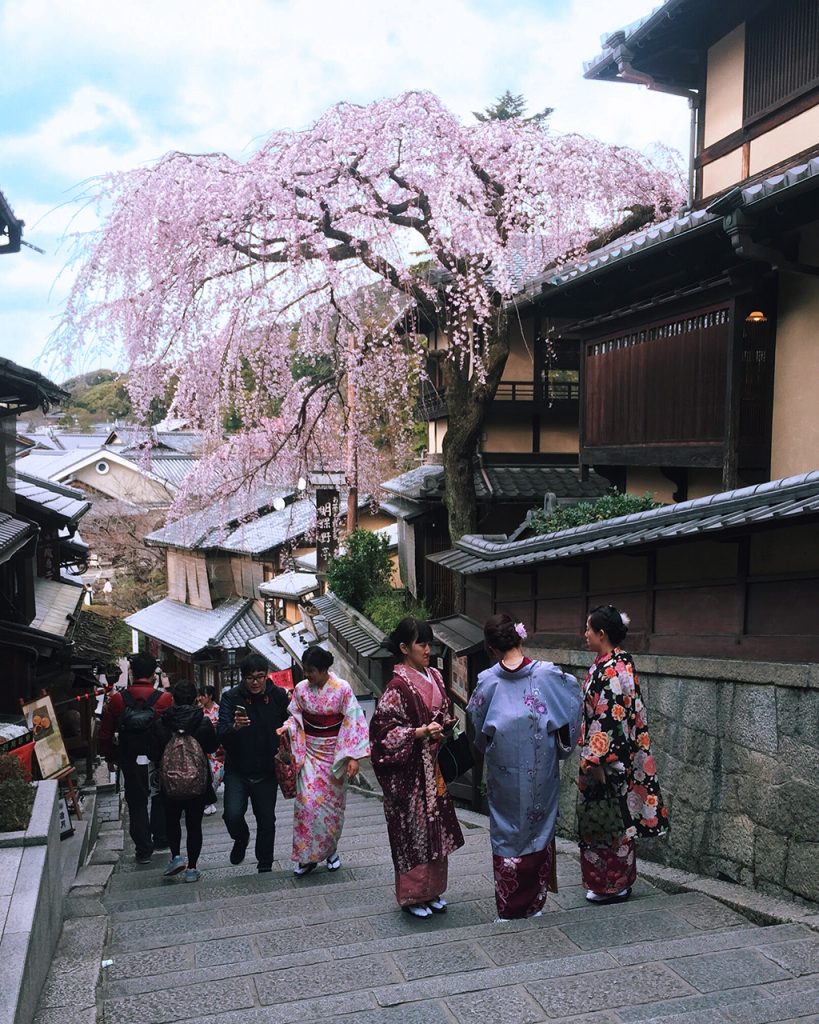